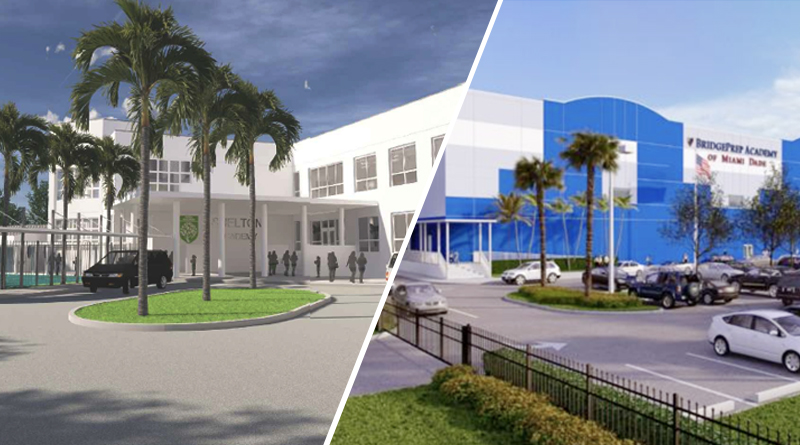 Shelton Academy will increase their student enrollment on a new campus, while BridgePrep Academy will open its first campus in Doral

DORAL, FL – Taking into consideration how important it is to offer more and better educational options for our community, the City of Doral has approved a new PRE K3-12 campus for Shelton Academy and a new K-8 BridgePrep Academy facility.

Shelton Academy is a Catholic private school that has been operating in Doral since 2012. They are currently located at 11300 NW 41st street. Shelton has plans to relocate to a two-floor warehouse. This new campus will have a capacity of 450 to 600 students in grades PRE K3-12 in their first stage.

According to Carlos Padula, Strategic Director of Shelton Academy, this school is founded in three main pillars: the first one is that it is a PRE K3-12 school for Catholic students (as approved by the Archdioceses of Miami) and for non-Catholic students; these have the opportunity to choose between studying religion or ethics (in case they profess a different faith from Catholicism).

This will be a fully bilingual school (English – Spanish). It is based on the educational model of San Jose Maria Escriva de Balaguer. This model procures academic excellence and human and spiritual formation. Shelton Academy is supported by a mentorship model: each student has a mentor that helps him and guides him in his academic, spiritual, and athletic formation.

The second pillar is the virtual institute that offers online classes to all the community. These classes include literature, biblical studies, theology, and history, among others. Some of these courses are free and others have very low tuition, as the true function of Shelton Academy is to be a center to share content.

The third and last pillar is Shelton Academy Foundation, a nonprofit organization that collects the necessary funding to cover the difference between what the parents pay as tuition and the real cost of it. This Foundation also searches for scholarships for those families that cannot pay the tuition and sponsors English classes, teenage formation classes, religion classes, among others. They are also working on the creation of an orchestra and chorus, among other activities.

There are around 940 students from other schools that come to Shelton Academy on different days of the week, during the evenings, to receive one of 30 programmed activities. Shelton Academy Foundation is also the one that is financing the remodeling of the new campus.

This new campus represents an important financial investment, it is located on 9455 NW 40th Street Road, in Doral, its area is approximately four acres.

This two-story warehouse will be remodeled to include administrative offices, classrooms, an interior recreational space on the first floor, support rooms, laboratories, and classrooms on the second floor. The proposed schools will consist in about 180,000 square feet, which turns into a huge improvement given that the current facility is only 33,000 square feet.

The growth of the student body for the new campus of Shelton Academy will be progressive, in three stages. In its first stage, which will begin in August of this year, there will be 450 students accepted. This number can grow up to 600 if the second traffic study that was presented to the City of Doral is accepted and approved. In the second stage, Shelton expects to grow to up to 900 students, and for the last stage, which is expected to be completed in five years, they are projecting a total of 1,300 students.

The new campus will offer amenities that include, in addition to the classroom area, a six-lane pool, an outdoor grassed sports field, indoor and outdoor basketball courts, a gym, a football field, a squash court, a theater, and a chapel, among other options.

The impact traffic study was prepared by Langan Engineering & Environmental Services, Inc. It was designed to reduce the impact on traffic by creating access through two entrance connections from 40th street. The drop off area is designed with a capacity to hold up to 56 cars in line. Sidewalks will also be built along 38th street and connecting with the existing sidewalks along NW 97th Avenue.

BridgePrep Academy is a Charter Public school which opened its first campus in Miami Dade County in 2010. It expanded along Miami Dade, opening a second school in 2011, two more in 2012, and its 5th campus was opened in 2014. The BridgePrep model moved to other areas in Florida between 2014 and 2019 and grew to a total of fourteen campuses. The last campus to be opened is now coming to Doral.

The school will have three equal schedules, with one hour of difference between each one of them, both for the drop-off and pick up. These will be:

The first schedule: 7 am – 2:30 pm, the Second schedule: 8 am to 3:30 pm, and the Third schedule: 9 am to 4:30 pm. These schedules can be adjusted as long as they keep one hour of difference among them.  In the event of any adjustment, the school must inform the City of Doral and Miami Dade County 30 days before the proposed implementation of the modification, in order for them to analyze and prevent any potential impact.

BridgePrep Academy will occupy the three-floor building located at 3500 NW 89th Court, in approximately 6.09 acres of land, the former building of The Miami Herald printing operations. It is important to mention that Learning World Academy, a preschool, use to operate in this same building, and it used to service 160 children.

The remodeling of this building will include the warehouse, administrative offices, classrooms, and an indoor recreational space on the first floor. The proposed school will consist of approximately 113,892 square feet of educational areas, and 7,664 square feet of recreational and outdoor playground areas. Among these areas, we can highlight four basketball courts. The developer of this project is MG3 Developer Group, LLC, a company that has built 38 educational complexes around Florida.

The site plan comprises a total of 33% of open spaces with gardens, open spaces including green and landscaped areas. The project has also incorporated additional architectonic characteristics in the southeast and southwest corners of the building. These will improve the aesthetic of the building and also conform with the urban and architectural designs that have been established by the Land Development Code of the City of Doral.

According to the traffic study prepared by Traftech Engineering, Inc, the school could possibly generate around 3,664 daily trips. For this reason, a traffic operations plan has been designed. This covers the hours for drop off and pick up of the students in order to optimize the flow of traffic inside the property and keep the cars from entering and exiting the school into the public streets.  At the end of the second year of operation of the school, the administration will have to provide a new traffic study and update the traffic operations plan.

Both the incorporation of BridgePrep Academy to the existing educational options in Doral and the new facilities for Shelton Academy are part of the improvement in academic services for our increasing population. 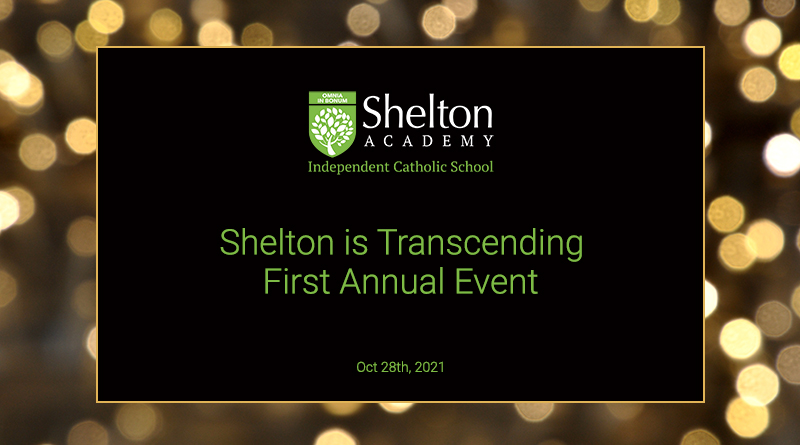 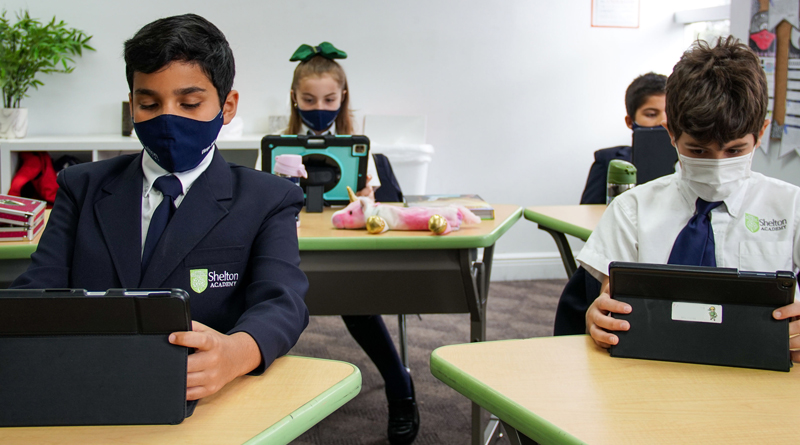 The Challenge Of Innovating Teaching In Times Of Pandemic 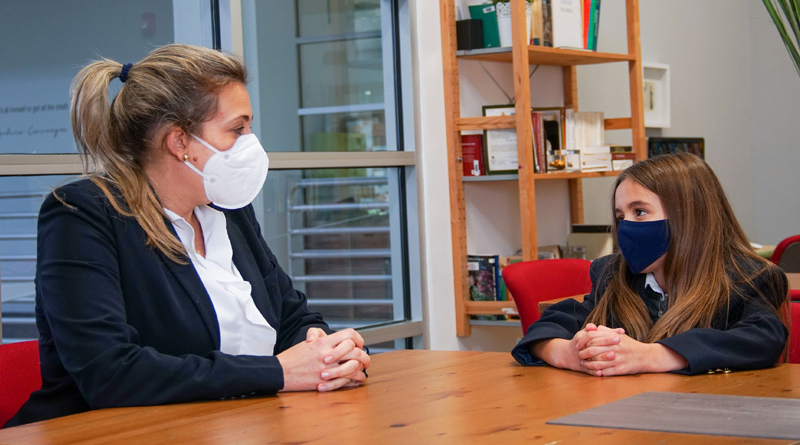 Shelton Academy – The Mentoring to Come!